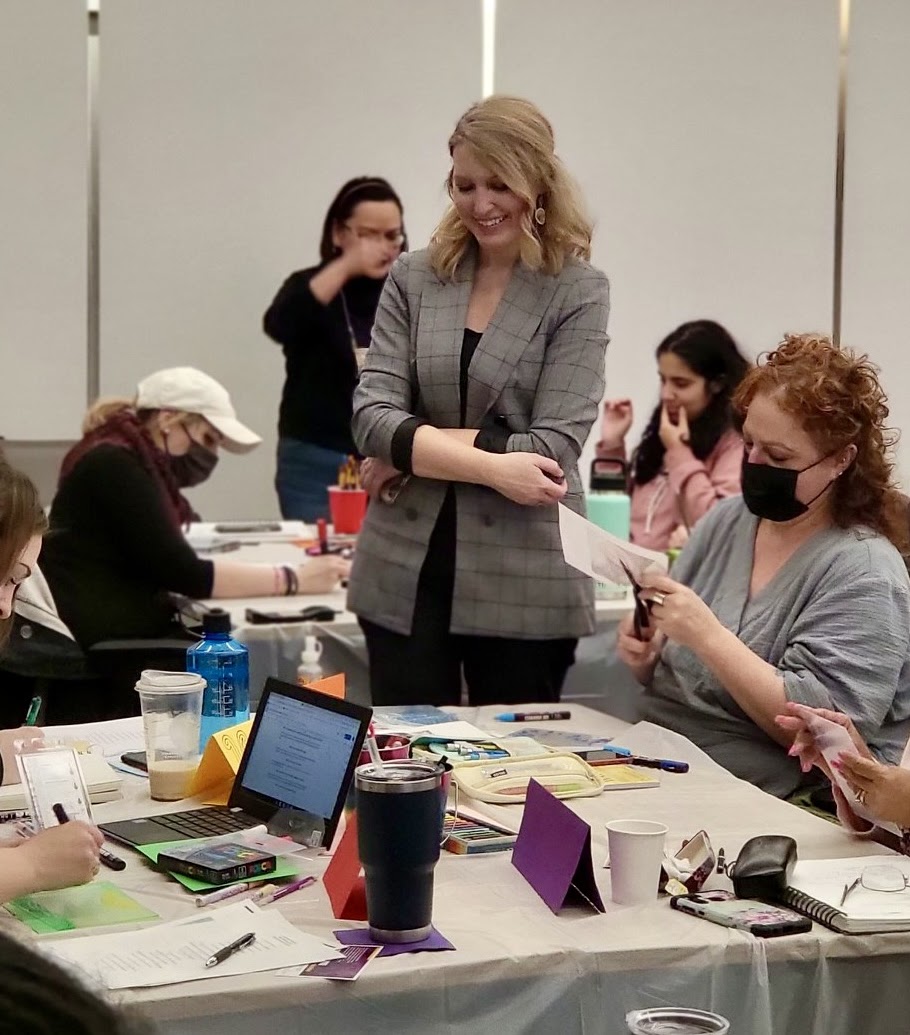 know about How is equity in education? UAlbany exhibit with students and teachers explores the topic

GUILDERLAND — Three times, the white teacher made the same comment, followed by the same question, to Leanne Airhienbuwa, who is black:

“I really like your hair. Am I allowed to say that?”

It was only the second time the 17-year-old had worn her natural hair at Guilderland High School; she stopped for a while after her classmates kept touching her hair the first time she wore it natural, even when she asked them not to. If there was more widespread education about racial justice and cultural sensitivity, she might not have to deal with such microaggressions at school, Airhienbuwa thought.

A new project in the Capital Region has been addressing the root of that question: What does equity in education mean and what does it look like? What can we dream in possibility?

A collaboration between the University at Albany School of Education and the Capital District Writing Project, “Dreams of Freedom for Educational Justice” is a writing and visual arts program that brought together teachers, administrators, mental health professionals, and K-12 students from across the Capital Region to examine racial and social justice in education.

“For so many students, school can be a place of joy, learning and understanding. But for so many others, that can also be a place of pain, struggle and silence,” said Kelly Wissman, director of the Freedom Dreaming project and a professor and co-chair of the department in the UAlbany school of education.

The program began in September, and through numerous workshops, classes, and group discussions throughout the months, participants used art to convey their hopes for the future of education.

The racial reckoning in the wake of the 2020 killing of George Floyd during a police encounter in Minneapolis was a turning point for educators, particularly as students express a need for greater inclusion and representation in school. And as issues around education and curriculum become hot topics across the country, from book bans to debates about how to teach about racism, the need to create that space for students became even more obvious.

“Teachers are mostly waiting, and we know that with questions about fairness and justice, we can’t fully understand the story — kids have to tell that story,” said Amy Salamone, an English teacher at Guilderland High School. “This group of educators, we thought, ‘How are we contributing to or disrupting the narrative that oppression continues in our schools, whether it’s their curriculum, books, microaggressions?’ Because something is wrong, and people are being killed. Our students are not safe.”

And so the teachers turned to the students to learn.

During a workshop that invited middle and high school students, educators were impressed by the incisive and powerful critiques students offered of what the educational system has meant to them. Educators left the workshop asking, “Why don’t we have students at the table for every one of these conversations?”

So students like Airhienbuwa and her partner, Abigayle Tyson, who are, respectively, Vice President and President of the Black Student Union at Guilderland High, were brought into the program.

They held workshops to teach educators how to organize a demonstration against hate in their school. They discussed the microaggressions they experience at school, such as comments about their natural hair. And they offer insight into the lack of representation among their teachers and peers, as well as their educational materials.

“I wish our English and history curriculum covered more black voices, because I think a lot of the books we read focus on the white perspective of black people, especially with ‘To Kill a Mockingbird,’” Airhienbuwa said. “I wish we had black authors who were celebrated in those classes.”

Tyson noted that the BSU advocated for a black history course at the school, but would like to see it offered as a core class in social studies, not just an elective.

For the students, the workshops were a satisfying opportunity to see first-hand how others are advocating for them, as well as to explore their own dreams.

The incorporation of art into the program is intentional and a central aspect of it, and the participants’ creations will be on display in an exhibit at the UAlbany Fine Arts Building beginning June 10.


“I think the arts give us that place to live in a space of imagination and possibility, which is what I think will help us… work toward a better system for ourselves and our students,” Wissman said.

Airhienbuwa and Tyson have the same favorite piece of art they saw a classmate create during a self-portrait session: The student drew a silhouette of herself and then wrote the words of the 13th Amendment, which abolished slavery, inside that silhouette.

“The power of the 13th Amendment coupled with a black girl, that, to me, was really inspiring and empowering,” Tyson said.