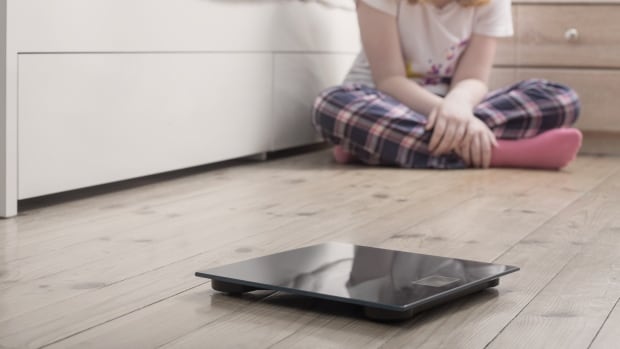 WARNING: This article contains details of an eating disorder.

New numbers from the Canadian Institute for Health Information show that the pandemic had a significant psychological impact on the eating behaviors of pre-teen and teen girls.

In the first year alone, the number of eating disorders increased 60% in girls ages 10 to 17, new data from the Canadian Institute for Health Information (CIHI) shows, but Tracy Johnson, its director of Health System, concerns that is just the beginning.

She says that the girls who have sought treatment are only a small part of those who may need help.

“We heard from doctors that they could only study urgent cases with eating disorders and admit urgent cases,” Johnson said.

“How many other children are being monitored but can’t be admitted for treatment or couldn’t access treatment? I think that’s what’s alarming about this.”

Michelle Perry knows how difficult it can be to get help. Her daughter, Kyla, became obsessed with “clean eating” in March 2020, when the competitive dancer was 16 years old.

Orthorexia is a type of anorexia linked to the obsession with food quality and maintaining a “perfect” diet.

Perry says it all started with Kyla’s concern to only put food in her body that would give her the energy she needed on the dance floor. It escalated from there.

While Michelle says she was rewarded for the clean food approach, no one noticed there was a problem until the pandemic hit.

“I began to notice a spectacular weight loss [in the summer of 2020] and panic about eating certain things and going to certain places,” Perry said.

“She was hiding in bigger clothes. I saw her on a beach once and noticed some bones sticking out that I never noticed before. That kind of thing and this refusal to eat certain foods at home.”

Kyla remembers a voice screaming in her head telling her to stop eating and throw the food away. At this point, on the recommendation of her counselor, she had given her voice a name and began speaking to it.

He called the voice “the bitch.” saying that she tried to control every aspect of her life.

He kept a journal and shared some of his entries:

In 2021, the Canadian Waterloo-Wellington Mental Health Association said referrals to eating disorder programs in the Waterloo region and Wellington County tripled since the start of the pandemic with wait times going from four to at least 15 months.

Perry and her daughter were able to enter a program that evolved in three phases, the first of which included taking all control away from Kyla. It meant the teenager couldn’t dance or see her friends.

He was not allowed to prepare his own meals; every detail, down to the forks and plates, was chosen for her, her food was served to her, and Perry was asked to watch her daughter eat.

“I felt like I was doing something wrong,” Perry said of the strict regimen. “It was hard. It was a lot of painful nights of tears.”

In the next phase, Kyla faced her “fear foods” and a nurse practitioner cleared her and allowed her to start some physical activity, but only light activity such as walking to get rid of the stomach pains she had from suddenly consuming much more food. than her body was used to. She would eventually return to the dance studio.

In phase three, Kyla was choosing her own dinnerware (fork and plate), but still struggled to avoid a relapse and continued to deal with those scary foods, like gummy bears.

Gummy bears were one item in a long list of convenience foods that Kyla dreaded. Her voice in her head warned her of what would happen if she ate one.

When Kyla tried to eat the candy, she had a visceral reaction, Perry said.

“It literally drove her into almost blackout mode trying to nibble on it,” Perry said. “It was crazy. It was terrifying.”

And while the list of “scary foods” was once very long and included everything from bread to coffee to lip balm, Kyla is working on coping mechanisms to prevent panic attacks from taking over.

Both mother and daughter have experienced considerable growth since starting the program with the Canadian Waterloo-Wellington Mental Health Association.

Perry feels lucky to have been able to get in after just four months of waiting; she says that 15 months could have had tragic consequences.

“In my 4-month wait I felt alone and would have been comforted if someone had told me that the [eating disorder] and my son were two different people,” Perry said.

“Knowing what I know now, 15 months without support is simply too long. The outcome will be tragic for some and that’s wrong. We need to fix that timeout.”

For Kyla, she says that time in her life “has had the most remarkable struggles and growth.”

“I found that when the dust settled and the storms calmed down, this eating disorder forced me to find my inner self-worth,” she said.

“I’ve learned that self-esteem and a positive self-image don’t come from anywhere except inside myself.”

The association has free programs for children and adolescents, a family therapy for children under 18 and a program for adults. Wait times, however, can be significant.